Trends and insights making an impact in your digital transformation journey. 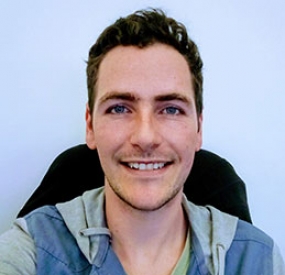 We’ve all used something that’s woefully complex.
We know this feels a hundred times worse when we’re on a deadline.

Wouldn’t it just be great if everything were as simple as 1, 2, 3?
Not possible - but we are going to try anyway!

This article serves as a personal reminder of the importance of simplicity in the modern software development workspace.

Software is inherently complex. Many moving parts coupled with an ever changing environment means that your solution is not guaranteed to hold water forever.
Good software, software that tends to stick around for its intended lifetime, is focused, to the point, and most often, simple.

What does simple mean in this context?
We have something that does a job.
It does this job well.
It is not expected to do any other jobs other than what it was designed for.

There are countless reasons to invest time in creating simple software. However, aside from perhaps very trivial use cases, software does not start out being simple.

It is not expected that you know exactly what your solution will look like before you start coding, or even that your first stab at it will be any good. More often than not, the root of a problem cannot be understood at first glance and takes conscientious refinement to transform your solution into something that users and other developers would want to use.

When it comes to code, a motto that comes up often is: “Make it work, make it right, make it fast” - with simplification being very much a part of the latter two points.

Simplification should not only be desired in the technical aspect of your job. A large part of a typical modern software development team are usually members who actually never look at code. Simplifying your interactions with these members can improve output and traction within a team.

Finally, we will look at how the idea of simplicity can relate to your work-life in general.

So, how do we go about the simplification process?

In software development, simplicity is appreciated in the following forms:

Here are some common signs that your solution might not be as simple as you think:

Aside from tried and tested agile and scrum methodologies, the following are some important aspects of achieving simplicity in teams:

Keeping your head above water is more than just meeting your sprint deadlines. Probably the most important point in maintaining simplicity in work-life balance is:

So that’s it - the simplest simplicity crash course I could simply imagine!

I expect this list to look a lot different as I delve deeper into software development, though the underlying message will always stay the same: Keep it simple, stupid!